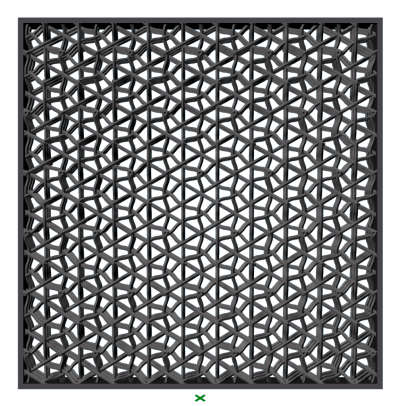 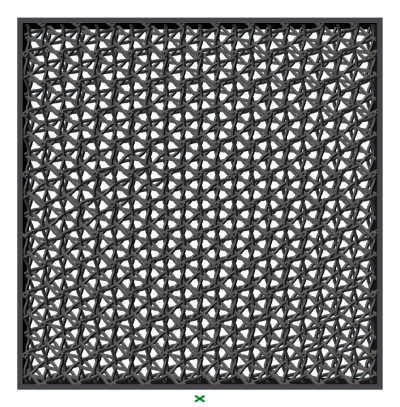 The following site:
http://www.3dprintedweavements.com
reveals small items constituted as 3D-“weavements” consisting of
(3) mutually perpendicular (4 x 4) arrays of constituent elements,
(1) red array, (1) green array, (1) blue array.
The elements of each array are
interwoven with those of the 2 other arrays,
thus forming a small, cubic 3D-woven ‘fabric’,
represented by (b) in Det. -A.

That small, cubic fabric can be understood as being a cut-out from
a much larger hypothetical cubic 3D-fabric consisting of
(3) mutually perpendicular (n x n) arrays of constituent elements,
where “n” is some large number. That larger fabric is
represented by (a) in Det. -A.
(It should be visualized as being larger yet than suggested by (a)).

In Det. -B
that larger fabric is shown again,
still represented by (a).
Shown below it are (3) significant slice-outs that can be
excised from it, and they are the following:

A slice-out parallel to the front of the fabric,
starting from the front,
called a “Frontal Slice-Out”,
represented by (c).
It contains a “Frontal Weave-Pattern”.

A slice-out centered about the
edge-to-edge diagonal plane thru that fabric,
called a “Diagonal Slice-Out”,
represented by (d).
It contains a “Diagonal Weave-Pattern”. 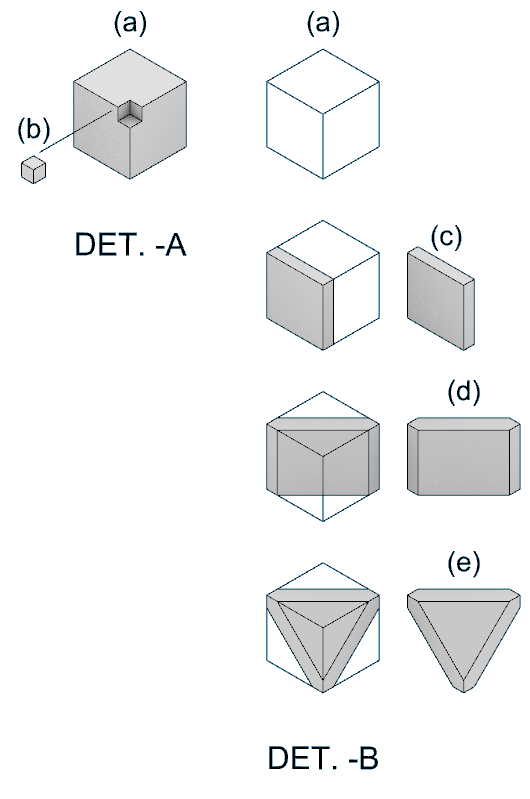 The entities discussed in this website are
called “Weavements” because
their constituent elements are
interlaced among each other exactly
in an as-woven fashion.
These entities however are fabricated as
3D-printed entities.

During that 3D-printing process
a surrounding frame is also printed:
the weavement & the frame are
one integral entity.